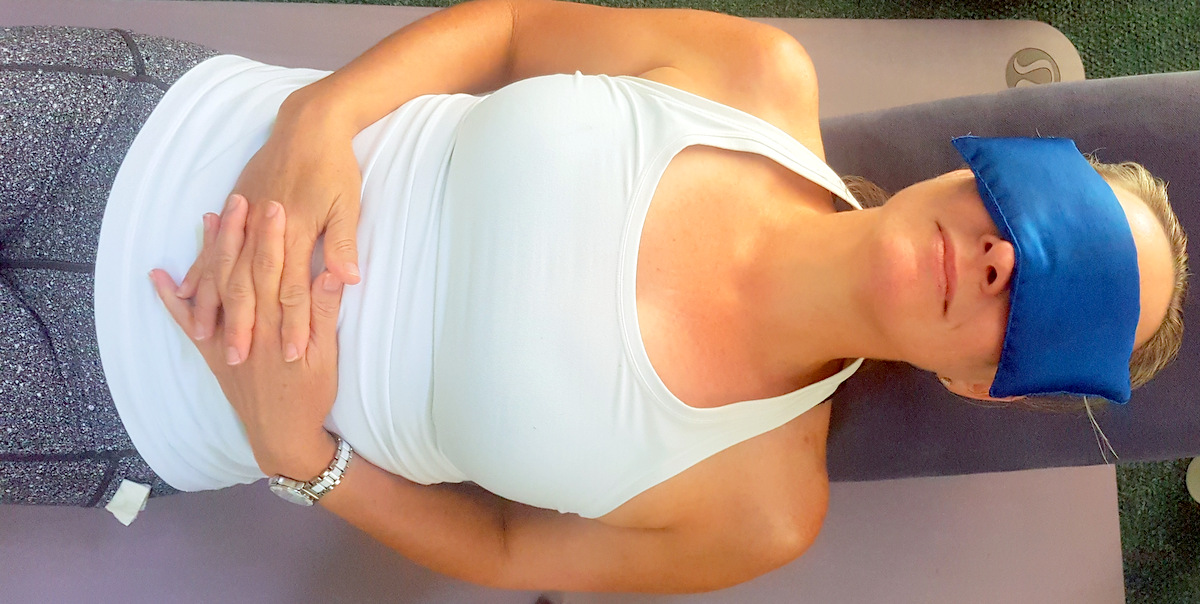 Yoga Nidra or yogic sleep is a state of consciousness between waking and sleeping, like the “going-to-sleep” stage, induced by a guided meditation. Yoga nidra helps to relieve stress, it improves sleep, clears the mind for learning and absorbing new material and it repairs cells. After just 20 minutes you can feel as though you’ve slept for hours. It’s now being used to assist those with Post Traumatic Stress Disorder.

You can experience Yoga Nidra anywhere and it’s one of the easiest forms of meditation. You are put in a deep state of rest and relaxation –  different from dreaming, in dreaming you have little or no awareness of your surroundings, in Yoga Nidra you are acutely aware of your awareness.

Practicing Yoga Nidra cultivates the witness consciousness; that part of your awareness that watches what occurs in the physical body, emotional reactions and habitual thoughts. The voice will act as an anchor which will keep you aware and in the present moment.

Each time you practice yoga nidra, you’re stilling the flow of waves in the mind through conscious entry into the sleep state. 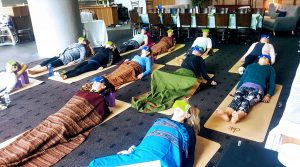 You start with sensing the body via the senses and breathing in specific ways in order to trigger the relaxation response. The relaxation response balances the sympathetic and parasympathetic nervous systems, and balances the left and right brain. In the process, your brain shifts from beta, an awakened state with lots of brain activity, to alpha, a more relaxed state.

In alpha, the mood-regulating hormone serotonin gets released, and this calms you down. People who spend little time in an alpha brain-wave state experience more anxiety than those who spend more time in beta.

From alpha, you go into a deep alpha and high theta brain-wave state, the dream state, REM sleep. In theta, your thoughts slow down to 4 to 8 thoughts per second. This is where super learning happens. Kids and artists experience a lot more theta activity in their brains. Emotional integration and release also happen here, and structures in the brain change. It’s here that some people sometimes have random thoughts or see images. A person in theta may see colors or visions or hear the voice of a person talking yet at the same time not hear this voice. It’s where you being to enter the gap of nothingness.

After theta, you are guided to delta, where your thoughts are only 1 to 3.9 thoughts per second. This is the most restorative  state, in which your organs regenerate and the stress hormone cortisol is removed from your system.

In our busy world, very few of us go into the deep states of sleep like theta and delta on a regular basis, and as a consequence, our bodies are not powering down and getting the chance to restore themselves. Depressed people go to beta and alpha states, but rarely go to theta and delta.

From delta, the guided yoga nidra experience takes you down into an even deeper brain-wave state—one that can’t be reached through conventional sleep. In this fourth state of consciousness, below delta, your brain is thoughtless. This state is sort of like a complete loss of consciousness, but you are awake. This state is one of such a deep surrender, where your consciousness is so far away from the physical body, that living here every day would be difficult. Not everyone who practices yoga nidra touches this state, but the more you practice, the more you’ll receive glimpses of it. 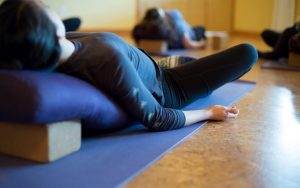 After you touch into the fourth state of consciousness, you are guided back to a waking state. Again, you couldn’t live in this fourth state, but as a result of touching into it, you bring a little of its peace back with you to your waking, everyday brain state. You also are able to rewire your thoughts and emotions because your subconscious mind in this fourth state is fertile, more open to intentions and affirmations, than it is when you are in your waking state. As a consequence, in your everyday life, you begin to rest more and more in the space between emotions and thoughts, and this resting in this space gives rise to a sense of freedom, where you are not triggered so much by the stuff in your life.

In yoga nidra meditation, you are often asked to bring your attention to the space between your eyebrows—a spot known as the third eye. Behind this spot lies the pineal gland, and this gland is stimulated when you bring your attention there. Studies confirm that the pineal-gland hormone, melatonin, is a powerful agent for reducting stress, inducing more restful sleep, and boosting the immune system, which helps prevent illness, promote healing, and slow premature ageing.